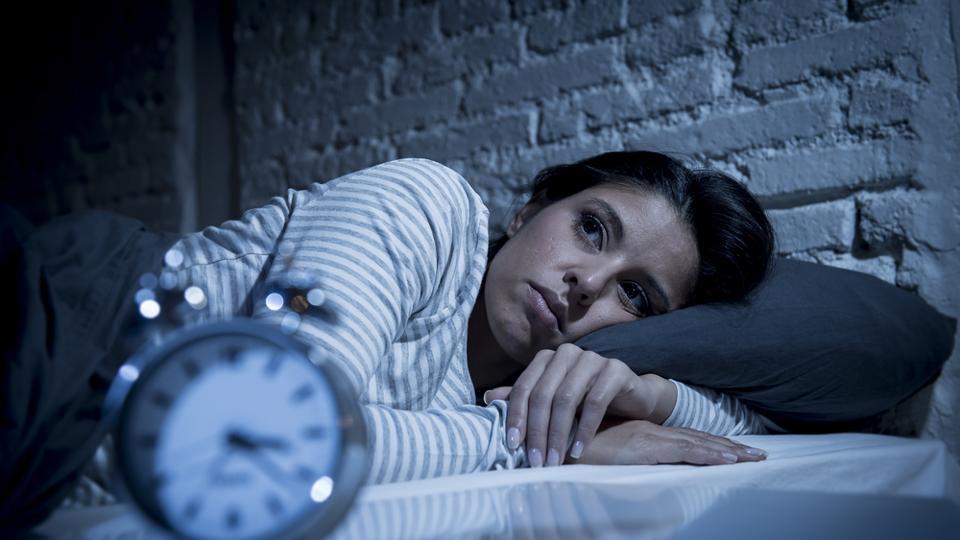 A middle-aged male patient came to my office seeking insomnia treatment.  He stated that he has been suffering from insomnia for several years.  The patient History revealed a pattern where he would awaken at 4:00 a.m., find himself being hyperactive and unable to fall back asleep unless he drank “lots of alcohol” or took the sleeping medication, Ambien.
He stated that he managed to stop drinking alcohol several years ago, but still had trouble sleeping. Even after taking Ambien, he struggled to rest and he always awoke angrily. He further explained that since his divorce of over 20 years ago, he has been unable to have loving interactions because he could only sleep 4-5 hours a night at most and needed large amounts of alcohol or Ambien to sleep, which caused relationship issues.

The Word Association Exercise (WAE) was unremarkable. It wasn’t until the 7th session, that he was beginning to interact more and more with his subconscious.  He was age-regressed to an earlier trauma at age 4 remembering that at that age he often heard his parents yelling at each other.  They were both drunk.  He felt afraid that his parents were going to divorce and worried about what would happen to him.  He always had difficulty going back to sleep after hearing these fights.  I then had the adult part of him go back and talk out loud to the frightened child.  He needed to re-parent the child part of himself.  I briefly explained the concept of re-parenting and he was able to then reframe the incidents and let go of them as they had outlived their usefulness. This is where I gave him the suggestion that he is now capable of allowing his subconscious to bring up other issues and they would be resolved.

At the next session, he reported that during the week that as problems came up, he had been able to re-frame the situation to resolve it and keep it from reoccurring.  He is practicing the re-parenting technique, directing the adult self to re-parent the frightened child, as he had been taught during the previous session.

At the next session, he brought in two dreams.  In the first dream, he was talking with his ex-wife, telling her he is no longer angry about her affairs.  His second dream was about being hugged tightly by a large brown bear. The bear had its tongue in his mouth but was not hurting him.  Then the bear let go and mauled another person. After the induction, we asked the subconscious expert to tell us how the first dream related to his problem.  There would be a silence while we awaited inner knowing.

Suddenly, and without conscious effort, he said, “Oh, the 4:00 a.m. awakening is when I usually awoke when my wife was having an affair and she came home at exactly that time.”  He was finally able to let go of his anger and forgive his ex-wife.  I asked, “now you are divorced and you released your anger, is your hyper-vigilance needed anymore”?  The subconscious said “no” and “it has outlived its usefulness and it is time to let it go”.

Then his second dream of being hugged tightly by the bear was interpreted by his subconscious as relating to his problems and pressures about little things.  When asked how it would feel to let go of these worries, he said he was fearful of the empty space – “like losing a friend”.  He stated that friends and the familiar are hard to let go – that there would be an emptiness. He was directed to ask his subconscious what could replace these things and fill the emptiness. His subconscious clearly told him “LOVE”.  I then suggested he read the book Love is Letting Go of Fear.

He said that felt good.  The rest of the session involved reinforcing the concept of inner knowing and being guided by the subconscious. When he was awakened, he reported being both happy and surprised.  He hugged me and thanked me profusely.

The next week he came back and reported that he had slept through the night, with only one bathroom break, for all seven nights, without alcohol or medication. We did another age regression to in utero and then progressed forward without any further traumas coming up.  He was able to acknowledge the prior incidents that had been traumatic, without feeling trauma or intense emotions about them. It appears that the issues have been resolved.  The insomnia treatment plan now is to have a few reinforcement sessions spaced further apart.

What I learned from this experience is this:  the subconscious has all the answers for the person.  All we as clinicians have to do is get the patient to let go and let the answers come for insomnia treatment and numerous other afflictions.  Dreams are best done completely without prompting, which allows the subconscious alone to interpret.  Then, with the information given by the subconscious, the remaining task is to reinforce the use of that inner knowing on a daily basis.

Dr. David Leistikow, M.D.  writes about his inner thoughts and personal experience, so new people learning this method can see behind the scenes what it’s like to do this rapid therapy. He has over 40 years of experience with Medial Hypnoanalysis with the AAMH.