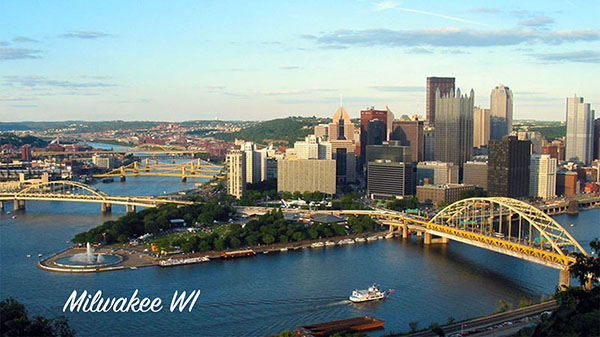 It was a great AAMH Annual conference in Milwaukee this year. In general, there are no dull moments with this protocol. During the very first session, using our unique history form, I get to know more about the patient than he or she has ever told anyone. I record the responses verbatim so that I can get all the subconscious interjections that occur. It’s fun getting to really understand the background of a patient with anxiety. All are unique, but a common thread is that when he says “all my life” it usually refers to back to the womb exposure. Another common truth is that poor self-image and being bullied in school go together. Bullies are insecure also; they just feel better when they can dominate. These children tend to perceive that they enjoy being bullies and recognize those who won’t fight back so they can have those moments of control within themselves.

In the case presented at the conference, I had immediate empathy for the patient, a young man in a strange culture and who did not feel accepted. This is a common issue which I have found very treatable. So I was looking forward to stepping into the process called the Word Association Exercise. The patient gave good responses at first and then, as I pushed him for more information at the end of the third session, he began to clam up. This occurred when I gave him a dream suggestion; he had already admitted to being self-conscious and shy and would be reluctant to share.

Optimistically, I did a preparation for age regression and asked him to go back to the problem. Sitting close to him and in the same altered state as he was witnessing his anxiety as his mouth formed words, but there was no sound. After what seemed like a very long time I decided to switch it up and gave him a tape on letting emotions flow freely. After that, I woke him up and suggested he do automatic writing; which is, just write whatever comes to mind for the next hour, before the next session. I gave him pen and paper and said, “See you in an hour.”

As he was writing, I asked God and the Universe for guidance to help this man release his anxiety. I’m always aware that in the altered state I am connected to all the energy of the universe and as Deepak Chopra says, “connected to all the knowledge of past, present and future”. So I open up for the energy, stayed in the altered state with the patient, and decided to go with the flow. Whatever happens is ok.

Mary, another of our senior analysts, suggested to me before the next session, that I might ask him about the screen being down to separate him from the audience. It seemed right so when he returned I asked him. He was good with that. His automatic writing said, “I don’t like that guy up there asking me all the questions.” I asked who that guy was and he said, “You, the analyst”. I chuckled and said, “That’s okay,” with a big smile, and a connection was made. I accepted his thoughts, so he immediately relaxed with me. I felt he was now ready to relate to me on a one-on-one basis with the screen down.

So without any formal induction, I just asked him to walk back into the woods and then into the past to review things. He returned to his life of trauma and difficulty and I used an affect bridge to just keep him going back from one thing to another. Soon we were all the way back into the womb. He was connected to his mother via the umbilical cord and aware of and connected to her feelings. She was scared and anxious, he felt this and couldn’t escape. When asked what he could do, he said, “Nothing, just trapped.” We counted through the months inside and it never really got better. We went to labor and delivery. He felt himself come out. He was talking in the first person and re-living the events

When he got out I pointed out that the anxiety was his mother’s and he soaked it up in there, but now as he came out, he could leave the anxiety with mom and proceed without it. He said he was okay with that. In a later regression to birth I asked him to have the adult part of him talk to that inner child and tell him what he needed to hear. He was able to tell the child to let go of the negative feeling of mom and release her fear and replace it with calm and that “I’m okay.” It was essential that he say this out loud to strengthen it.

We also asked for other inner negative beliefs as events of trauma were reviewed, released and replaced by his adult self with what was right for him. I let him use his own words as much as possible and asked if he could add a few things I suggested. If he accepts these, then they become his own. I make him say it out loud to his inner child so it becomes stronger when said out loud by him to his inner self.
We age-regressed back to before birth several times to make sure emotions had been released. I asked him to see himself in the sun, taking in all the energy of the sun and breathing it in, giving it a warm, yellow light, letting it flow to his heart and then circulate it throughout his whole body. I emphasized that he was meant to be and to be all that he could be; that his mom was just the vehicle that got him to this universe at this time. Some get better vehicles than others; it doesn’t matter; he was still meant by God to be here at this time with these parents.

Then we went forward to his present age to see if any other traumas were missed, always telling him his subconscious knows what needs to be released and that he will let out all that is bothersome and will talk out loud. During regression, there are all kinds of pictures and feelings happening like dreams, but we have to remind the client to say what’s happening and be there, relive it and say it out loud so we can let the emotion out completely. Giving it a voice is what is important for the release process.

The ninth session was a review of his whole life starting with a regression to being in the womb and then coming back to the present while reinforcing the releases and replacements.

I was in the altered state the whole time with him. I could feel his anxiety lessening; it was a great feeling. I felt all the energy of the audience, which was very positive. I also felt as if I was guided by being in that deep state of all awareness and all knowledge, which was just flowing through me. It was almost effortless on my part. When you allow the energy to flow through you, you are not drawing on yourself and you can actually feel energized by the process.

I just sat there enjoying the energy. After nine sessions, he was different and was surprised that he was comfortable interacting with the audience. Although this was incredible progress in a few days, he will need more reinforcement and the local therAAMH Annual Conferenceapist, Mary, will do that.

Dr. David Leistikow, M.D. was the treating therapist at the 2016 AAMH Hypnoanalysis Annual Conference. Dr. Leistikow writes about his inner thoughts and personal experience, so new people learning this method can see behind the scenes what it’s like to do this rapid therapy. He has over 40 years of experience with Medial Hypnoanaylsis with the AAMH and here is the detailed account of the conference.